This is the last in a series of talks on St. Ignatius of Loyola’s “Rules for discernment of spirits” that I gave.

Rule #14 – St. Ignatius gives us an example of what the enemy is like and applies it to the spiritual life: in this case, an astute military captain who studies the walled city he plans on attacking with his army. He looks for weaknesses and vulnerabilities in the city’s defenses, because it is there that he will attack.

If we have identified our weaknesses, then it gives us a big advantage in the spiritual battle. 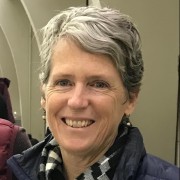